We had a fantastic weekend in Folkestone with the screening of The Haunted Sea films and an 'outerspherical' performance by English Heretic on 23rd September and then a final opening of the GHost CLHub on the 24th with a beautiful performance by three enchanting mermaids, who could really put any siren to shame. It was with sadness that we closed the show on the evening of the 24th. We loved Folkestone and our four-month residency at the B&B for the duration of the Triennial.
Here are some pictures from the final weekend. 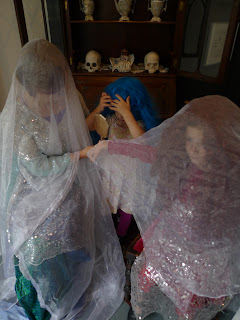 an apparition of mermaids... Joanna McCormick with Martha and Ruby (photo by Sarah Sparkes) 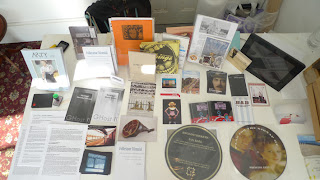 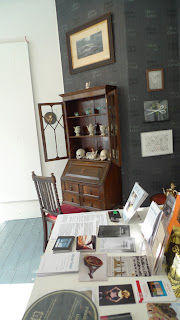 something is watching through the open cabinet... (photo by Sarah Sparkes) 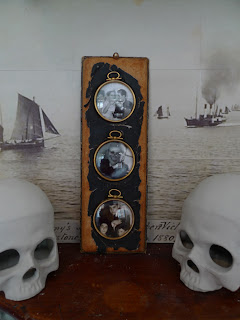 Domingo Martínez's eerie family photographs between Matt Rowe's skulls and a greeting from the Count of Monte Christo. (photo by Sarah Sparkes) 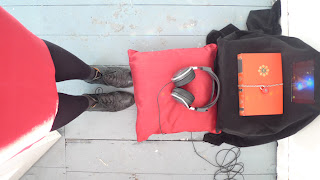 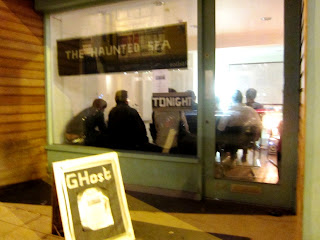 The Haunted Sea at 64 Tontine Street (photo by Ricarda Vidal) 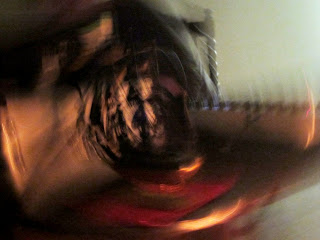 The GHost SHip gets ready  (photo by Ricarda Vidal)


Who is it who's coming? (photos - Ricarda Vidal & Sarah Sparkes) 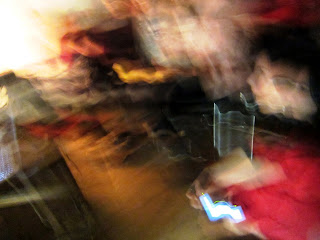 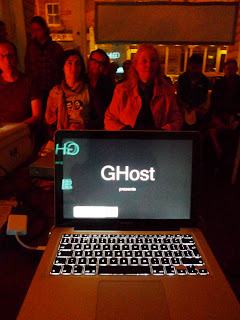 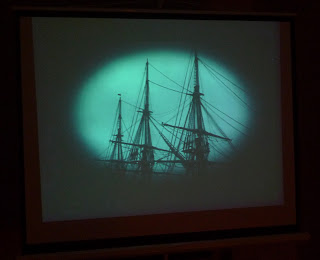 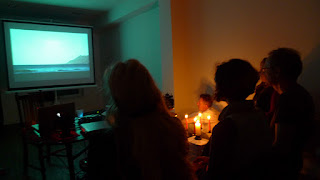 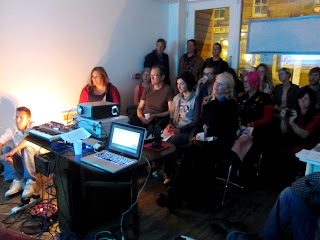 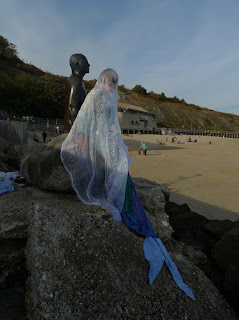