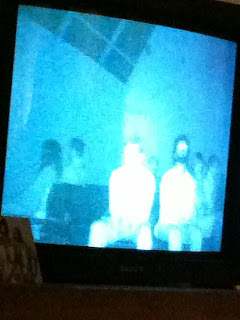 Join us for the fourth GHost Hosting, an evening of exploration into the phenomenon of ghost-hunting, including the findings from the recent and very marvellous 'Vigil' at the Royal Academy and a dissection of the substance of ghost-hunting inside the world of television.

The stately Senate Room is haunted by the smell of academic incense and the ghost of the blue lady may be heard scratching from behind the wood-panelled walls.
Come and play with us...

Followed by discussion including the parapsychologist Dr. Ciarán O'Keeffe.
London spirits will be served.

This event is free but places are limited – to secure your seat please email us at ghost.hostings@gmail.com

'The camera as we know it now and in its future manifestations will continue to function as an apparitional apparatus.' (Daniel Wojcik, 'Spirits, Apparitions, and Traditions of Supernatural Photogrpahy', Visual Resources.)
The subject was initially born from a personal interest in the paranormal, but as I searched for something spooky to watch in the evening I became increasingly aware that I was spoilt for choice, and the body of preternatural television texts that are marketed as either documentary, reality or investigative is more dominant than ever before in television history.
Crucial to my investigation is how Most Haunted Live innovates the traditional notions of live broadcasting as media event, monopolises upon the advantages of digital television, explores multi-platform delivery, creates cult viewing, encourages high levels of audience interactivity to produce an active television viewer, and therefore an active ghost hunter operating from their own domestic sphere. Whilst textually analysing the ideology, address and format of programmes such as these, this project investigates what properties inherent to the medium of television make it suitable as a vehicle of supernatural factual or reality programming. Initially, one must observe to what extent this portrayal of the contemporary investigator imitates previous incarnations of psychic entertainment, but also contemporarily how does Most Haunted revise, re-work or create new formats of television programming? Finally, this discussion will encompass arguments over the potential of the medium of television to be used to channel the deceased, encouraged by televised paranormal investigations, and being able to function as an 'apparitional apparatus', both letting the viewer see far into the distance whilst possibly bringing an unknown energy into the domestic sphere.

VIGIL is a participatory investigation into alleged paranormal phenomena at The Royal Academy Schools in Piccadilly, London. It was conducted in October 2010.
The project arose from first hand accounts of anomalous experiences told to RA student Blue Firth by security guards doing night shifts on the site. Their descriptions prompted Blue to unearth a history of unusual phenomena at the Academy buildings.
Wanting to explore these occurrences further, Blue brought in parapsychologist Dr David Luke and fortean author-curator Mark Pilkington. Together they attended training seminars with the respected investigation group ASSAP (Association for the Scientific Study of Anomalous Phenomena) and devised Vigil according to their guidelines. Blue and Mark also interviewed veteran psychical investigator Guy Playfair, who in 1977 experienced, and documented, dramatic poltergeist phenomena at the home of the Hogdson family in Enfield, North London.
Vigil took place over two evenings in October, during which 120 people participated over six sessions. Each session lasted 30 minutes and was conducted in total silence and complete darkness; subjects were asked to complete psychometric assessment forms and detail any unusual sensations felt during the session. Trained medical and psychological facilitators were on site to assist with the project.
For Hostings Blue, David and Mark will present a performative summary of their findings incorporating data and documentation from the Vigil sessions.
Posted by GHost at 22:57 No comments:

"Lost Steps is a weekly radio show broadcasting in London on Resonance 104.4FM.

This week Malcom is joined in the studio by Scott Wood and Sarah Sparkes to discuss London Hauntings.

Sarah is an artist investigating our fascination for hauntings. Together with Ricarda Vidal she runs GHost which “…aims to address the various roles ghosts play in contemporary culture by bringing artists, writers, curators, researchers and others together”. They’ve been putting on events around town for the last couple of years but until we met I was unaware of them. I’m intrigued by the video evidence and must make an effort to get along to future events, in particular the upcoming GHost III.


After recording the show Scott revealed that he’d received reports of supernatural goings-on at the Resonance studio. Keep an eye on Fortean London for details."

Hear Malcom getting the lowdown on London Hauntings from Scott Wood and Sarah Sparkes.

Some pictures from 'Hosting 3 - GHost-hunters I" 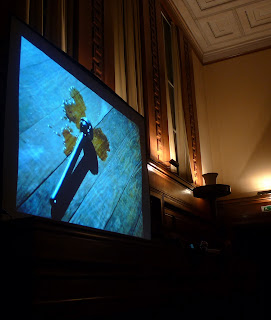 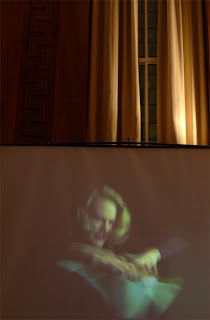 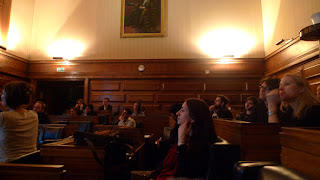 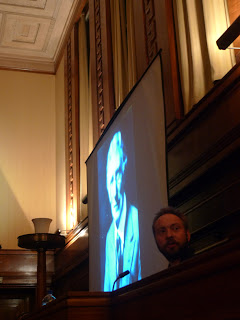 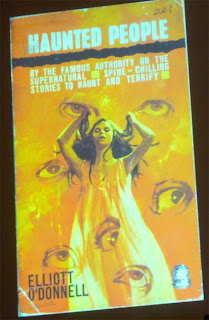 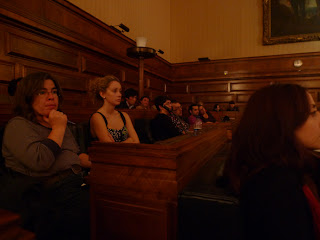 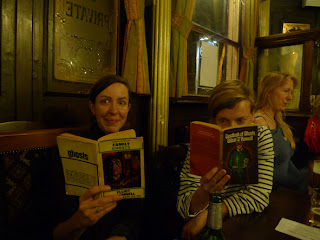 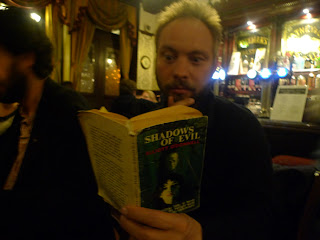 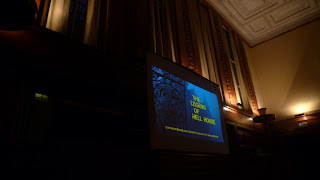 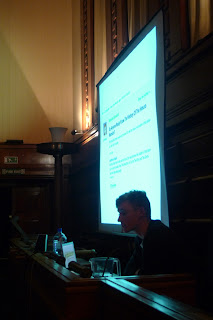 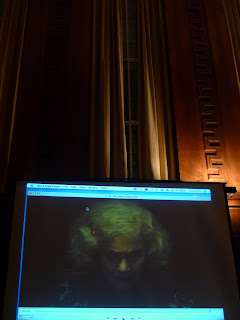